Today, March 8, is International Women’s Day and at Freepik Company we think it’s the perfect time to highlight the work of some of our colleagues and show you what inspires the women who inspire us.

To this end, we asked four women from the company to share with us who inspires them, both in their work and personal lives, and to show us the projects of which they are most proud because it is just as important to have role models as it is to be a role model.

The first of them is Naira Chiclana, who has been working as a Data Scientist in the IT Search Engine team for a year and a half, where she focuses on the research and development of improvements to increase the quality of the results we offer to users.

In her case, today there are still not many women present in the technological field. That is why Naira is inspired by all the women who, despite the difficulties, dare to dedicate themselves to it. Among all of them, she highlights her friend Paloma, who promotes the inclusion of women in technology and has a podcast for women entrepreneurs, as well as Gema Parreño, a programmer who designed a network to detect the impact of asteroids on Earth, as it was her source of motivation to dedicate herself to AI.

Our next colleague is Cristina Jiménez, Team Leader of the Internal Photography Production Team for the last year. As Team Leader, she is in charge of managing the photo team and ensuring that the established objectives are achieved.

Cristina is inspired by all women in some way, although within the photography world Cass Bird, Maud Chalar and Coco Capitan are her favorites. Photographers who stand out thanks to their sensitivity to capture and transmit in analog what they see in a very subtle way. 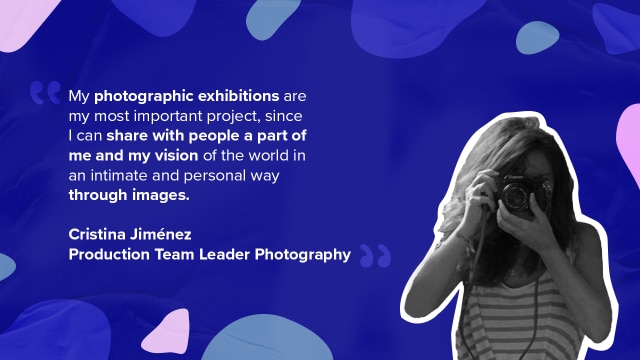 Trini Jiménez landed in the Freepik Universe just 2 years ago and works in the Marketing Growth Paid department as a Performance Specialist, where she is in charge of building user loyalty through ads on social networks and Google Ads.

She explains that she has been lucky enough to work with great teachers from whom she has learned a lot, both professionally and personally. Some of them are Ana Fueyo, her first manager who showed her everything she knows about advertising tools, as well as Angela Villarejo, who taught her to love her job.

Finally, Isabel Magán is our UX/UI Designer Acquisition colleague from the Product Design team, who is in charge of designing solutions to meet the needs and solve problems that contributors may have when uploading content to our platform.

Within the world of UX design, one of her main sources of inspiration is Olga Carrera Montoto, who specializes in web accessibility and information architecture. Her career is dedicated to helping websites meet the standards and guidelines for accessibility t so that people with disabilities can navigate without any difficulty. 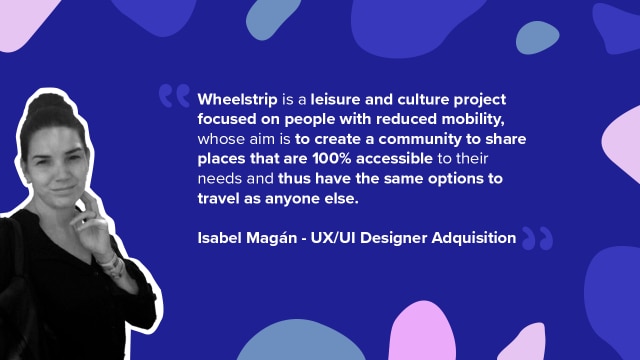 As for references outside the work environment of our protagonists, all of them highlight women in their families who have helped and encouraged them at all times. For Trini, her grandmother will always be her greatest reference, an iron woman who was born in the middle of the war and who, without culture or resources, helped her daughters and grandchildren to get ahead. A fighter, generous and kind woman who taught her to be a better person.

Naira also highlights her grandmother because, like most women of that generation, they have worked and faced many adversities, even in the shadows. Naira admires that, although they did not have the opportunity to receive an education, they have made the unconscionable effort to learn to read, write and adapt to the modern world while they were already grown up.

Cristina’s role model is her mother, a woman of 10 in every sense of the word. Her life is a success, despite the adversities she has gone through, and she not only counts on her support as a mother, but also as an example of constant effort.

And for Isabel her greatest reference is her aunt Rosa, who helped her when she suffered an accident that left her in a wheelchair for 6 years and did everything possible so that she could fulfill her dream of studying Fine Arts. According to our designer, her aunt is her second mother, the one who has always been with her through thick and thin.

Finally, we would like to share some of the personal projects that our colleagues carry out, as they are a source of inspiration for the world.

Isabel has two personal projects, the first one is A3manos, an instagram account full of illustrations of couples, stories, pets, travels and dreams. The other, has not yet seen the light, but it is Wheelstrip, a social network focused on people with reduced mobility, which aims to create a community where they share places that are 100% accessible to their needs.

Our photographer Cristina explains that her exhibitions are her most important projects, as she can share with people a part of herself and her vision of the world in an intimate and personal way. Exhibiting in Paris and Rome, as well as being represented by two agencies and being interviewed about her projects, makes her feel proud to be able to share something so deep inside her through images.

Trini is an inspiration as an entrepreneur, since her most ambitious project is the WOM – Women’s Open Malaga, the first women’s paddle open in Malaga. This initiative emerged last year and is an event created by women for women, a weekend between athletes and entrepreneurs to have fun playing paddle tennis, while promoting local commerce in Malaga with stands, culture and workshops. 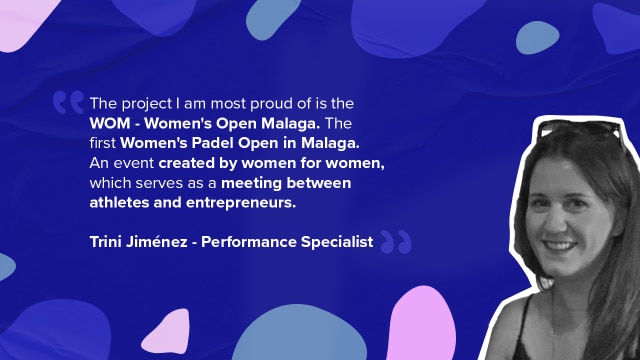 In Naira’s case, the project she is most proud of is her thesis, a medical application implemented in hospitals in which, by entering the data of a breast cancer patient, she showed with high reliability which treatment was the most appropriate in each case and the probabilities of survival over the years with each of them. 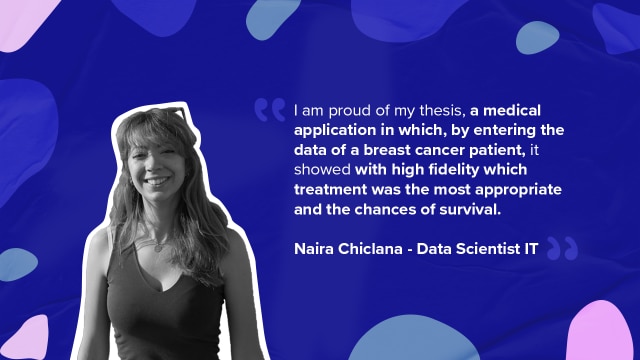 As you can see, it’s only natural that we admire our fellow women, that they are part of our source of inspiration and that we feel proud to work alongside such talented women. With all this, we hope you have taken note and that they have inspired you as much as they have inspired us on this International Women’s Day.

By Freepik Company 2 weeks ago

Design Your Future by Freepik Company

By Freepik Company 3 weeks ago